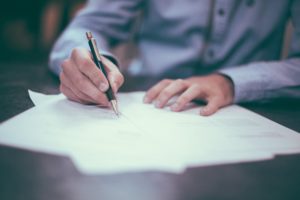 There is a major disruption coming to the food system, one that is well detailed in our report Rethinking Food and Agriculture. In the report, we identify the core disruptive technology over the next 10 years to be precision fermentation (PF). The regulation of PF is key to shaping the disruption.

Regulation and the food system go hand in hand, and rightfully so. Food has a direct relationship with public and personal health, and people must be protected from real threats to safety and any uncertainties with the ingredients in the food they eat, or how those foods are produced.

In a disruption, regulation is often seen as a concrete barrier to adoption – or the reason why something “could never catch on” when radically new and disruptive products are introduced. Barriers, however, are variables not constants and restrictive regulations on the incoming industry tend to fall away as adoption increases, and more is learned about the products.

Luckily, we’ve seen products approved already, but there may be some regulatory hurdles that still need to be overcome.

PF, which uses genetically engineered microbes to produce protein ingredients, is nothing new. It has been used to produce enzymes and vitamins for the food industry for about two decades. During this time, there have been regulatory approvals for PF ingredients, mainly in the form of GRAS status (when something is generally recognized as safe). The GRAS designation is an indication that the ingredient is considered safe by experts and therefore exempt from food additive tolerance requirements, a process that can be quite onerous. Pfizer, for example, was among the first to get this status for such an ingredient when their Fermentation Produced Chymosin (FPC) was deemed GRAS in 1990.[1]

PF has taken off in the last few years as costs have come down. Several new companies are using the technology to make key, functional ingredients for novel foods that, for now, are designed to replace animal products – some of which are already on the market. The companies know that the proteins are biochemically identical to proteins commonly consumed in the market and thus safe for consumption, but initially, there was concern about whether these ingredients would be recognized as such or considered novel and/or harmful by the Food and Drug Association (FDA).

The concern comes because the FDA at any time can force an extensive pre-market approval process for the ingredient, release guidance documents preventing their use in food products, or ban the ingredient altogether. [2] This would act as a brake on adoption and slow down the disruption. 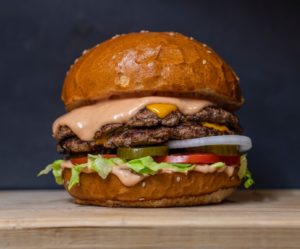 This seemed like it might happen in 2014 when Impossible Foods filed its first GRAS notice for their key ingredient, heme (soy leghemoglobin –  found in the root of the soy plant), but had to withdraw the application in 2015 as the FDA required further testing information before they would issue GRAS status.[3],[4] After submitting a second GRAS notification in late 2017, the FDA was satisfied and Impossible’s star ingredient finally received GRAS status in 2018.[5]
Interestingly, because the GRAS notification process is voluntary, the Impossible Burger was able to remain on the market through this whole process. While it didn’t affect Impossible’s ability to produce and sell burgers, it did raise the question of whether other PF ingredients were going to face challenging regulatory hurdles going forward as well.

However, in the past few years, multiple exciting new PF ingredients have also received a GRAS approval making the future of regulation in the space seem far less daunting:

It is important to note that the proteins mentioned with GRAS status were all biosimilar to ingredients already used in food, just produced in a different way. Given the progress we have seen so far, there should not be issues with the GRAS determination when producing known proteins. There is, however, potentially an issue where new proteins or ingredients are concerned, i.e. ingredients that are not found in nature.[13]

Geltor, a company that currently produces gelatin for cosmetics, is working on gelatin for food products that improves on what is currently in the food system – something better than what comes from the 5 or 6 animals that are usually used.[14] Creating novel proteins is possible because of the genetic engineering aspect of PF but the regulatory approval process will certainly be onerous. They are not eligible for GRAS in the same way that known ingredients are, and instead will have to go through extensive premarket approval processes.

Another hurdle may be anti-GMO regulation (as well as anti-GMO feeling amongst consumers) even though PF proteins – like all proteins – contain no genetic material. Because genetic engineering is a key part of the production process though, GMO regulations still apply in some jurisdictions.

For a market like Europe where GMOs are very tightly regulated, it remains to be seen whether they will even allow approval for PF-produced known (or unknown) molecules as food ingredients. The European Food and Safety Authority (EFSA) has already approved several PF Human Milk Oligosaccharides (sugars found in breast milk) for use in infant formula and are also in the process of re-evaluating their existing guidelines on the molecular characterization and environmental risk assessment of synthetic biology (which includes PF) by the end of 2020.

Impossible Foods, forever the trailblazer, is currently in the middle of a regulatory process with the EU to seek approval for their burger.[15] If they are successful, they will have cleared the path for PF in the EU opening up a vast and lucrative market – knocking down a major barrier in the process. Legendairy, the first European company to use PF to make dairy proteins for food, recently raised €4 million in a seed round indicating that despite European regulatory hurdles, investors are willing to put big money into improving PF technology.[16]

Lastly, labeling. There is an ongoing debate about whether plant-based foods can be called “meat”, “sausage”, “milk”, “cheese”, “burger” etc. when they do not come from an animal. 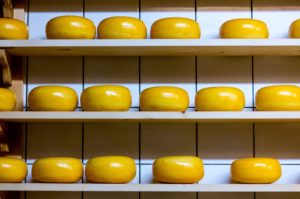 While the incumbent industry is trying to convince politicians that consumers are confused by the words, actual consumers are becoming much more familiar and comfortable with the variety of products entering the market, regardless of their names. While multiple jurisdictions have passed prohibitive legislation, companies such as Miyoko’s Creamery are having some success fighting back.[17]

[4] Simon, M. (2017, September 28). The Impossible Burger: Inside the Strange Science of the Fake Meat That ‘Bleeds’. Wired. Retrieved from here.