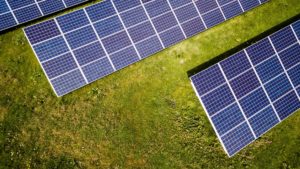 “What about the Jevons Paradox?”

This is a common refrain in environmental discourse. It’s another way of asking, “won’t new technology always just create more problems than it solves?”

William Stanley Jevons was an English economist and mathematician who noticed in 1865 that, paradoxically, the consumption of coal actually increased when technological progress improved the efficiency of steam engines. Efficiency lowers costs, which lowers prices, which increases demand. And, sometimes, the increase in demand is so disproportionately large that overall consumption actually grows. This outcome came to be known as the Jevons Effect, or Jevons Paradox.

The Jevons Effect is counterintuitive because, other things being equal, we would normally expect higher efficiency to cause lower resource use. The Jevons Effect occurs, however, precisely because other things are not equal. What is different is demand. Although Jevons himself could not have known about the concept of price elasticity of demand, which still lay decades in the future at the time he raised the issue, he did anticipate the essence of that idea. He also recognized that as energy became cheaper, the total rate of economic growth across society would increase as well, because energy is an input to virtually all other goods and services.

However, The Jevons Effect is commonly invoked – and misinterpreted – in environmental discourse to mean that new technologies are always worse for the environment than older ones, even if they are more efficient. This is not the case.

In a narrow technical sense, the Jevons Effect only happens if a technology makes an existing process more efficient – and even then, only if demand is highly sensitive to prices. But new technology oft obviates the old way of doing things entirely. Automobiles, for example, did not create a Jevons Effect for horse manure, despite triggering a 10,000-fold increase in freight and passenger miles traveled.

In a looser sense, the Jevons Effect might be taken to mean that new technologies always create new environmental problems of their own. For example, combustion engine vehicles might have solved the environmental problem of horse manure, but they created the new problems of air pollution and greenhouse gas emissions. (Never mind the fact that we would need more than 10 trillion horses to move freight and passengers as many miles as we now do with vehicles). But here again, problems are not inevitable. Digital cameras (and now smartphones) did not create a Jevons Effect for celluloid film, nor have they caused any other major new environmental problems, despite triggering a billion-fold increase in image production.

Today, the technologies that are driving the disruptions of energy, transportation, and food will not trigger a Jevons Effect for fossil fuel consumption, greenhouse gas emissions, or other resources because they are not mere incremental improvements in coal and gas power plants, combustion engines, or animal agriculture. Rather, they are fundamentally different in nature.

In energy, the three disruptive technologies are solar PV, wind power, and batteries (SWB). Because these technologies use no fossil fuels or nuclear fuels, they will not cause a Jevons Effect for coal, natural gas, petroleum, or uranium, nor for the greenhouse gasses or nuclear waste associated with using them. Although SWB do have other resource input requirements, these are comparable in scale to those of the existing fossil fuel and nuclear power industry. Very importantly, however, the resources needed for an SWB-based energy system are only needed once. There is no fuel used, no waste produced, and so after initial construction the maintenance and upkeep requirements are minimal – especially for solar PV (which can operate for over 50 years) and grid-scale batteries (which can operate for over 20 years). This means that after the initial pulse of resources needed to build out SWB, the resource requirements of an SWB-based energy system will be extremely low compared to today’s energy system based on fossil fuels and nuclear power.

In transportation, the technologies driving the disruption are electric vehicles (EVs), autonomous driving, and ride sharing that together provides transportation-as-a-service (TaaS). Unlike combustion engine vehicles, EVs use no fuel. So these technologies will not cause a Jevons Effect for gasoline or diesel fuel, nor the greenhouse gasses associated with burning them. Moreover, EVs require minimal maintenance and can last 1 million miles, so each vehicle in a TaaS fleet will be utilized much more than today’s privately-owned vehicles, which means that there will be a significant decrease in resource intensity per vehicle mile traveled.

In food, the disruptive technologies are precision fermentation (making proteins, fats, and other food molecules with microbes) and cellular agriculture (growing animal tissues without the animal), or PFCA. These technologies will decimate the conventional animal agriculture and seafood industries, slashing their resource intensity by a factor of 10 to 100, and eliminating their greenhouse gas emissions almost entirely. The food disruption will also free up over 2.5 billion hectares of land – the size of the United States, Australia, and China combined – from livestock feed cropping, grazing, and pasturing. This will windfall of available land will open the door to reforestation, conservation, and rewilding opportunities at an unprecedented and previously unimaginable scale.

So, for most units of analysis (e.g. number of animals, land area, greenhouse gases, etc.), there will be no Jevons Effect from the new food technologies. However, even if we examine a unit of analysis that will still be relevant, such as water intensity per kilogram of protein produced, the food disruption will not cause a Jevons Effect because the efficiency improvements are too extreme compared to any possible changes in consumption. PFCA is 5 to 50 times more water efficient than livestock per kilogram of protein produced, depending on the animal species, and consumers are simply never going to eat 5 times more protein no matter how cheap it gets, let alone 50 times more. (Human wants and needs are not infinite, contrary to another widespread misconception in environmental discourse).

The Jevons Effect is only a problem if resource utilization still causes harm after switching to a new technology. Utilizing energy is harmful if that energy comes from coal, but it is harmless if that energy comes from the sun. Moreover, impacts are only harmful in the aggregate if the rate of degradation exceeds the rate of restoration. It is possible, for example, to extract timber from a landscape while simultaneously increasing forest cover, so long as the rate of extraction is lower than the rate of planting and reforestation. In principle, the same is true for many other forms of environmental impact. This is a crucial consideration looking ahead over the next several decades, because the same clean technologies that are beginning to disrupt energy, transportation, and food will also make repairing past environmental damage and restoring ecological integrity feasible and affordable to an extent that previous generations of environmental scientists, policymakers, planners, and activists could only dream of.

The common misconceptions surrounding the Jevons Effect show that we environmentalists need to rethink our pejorative presumptions about technological progress. Astonishing new opportunities for impact mitigation and ecological restoration of all kinds are now on offer thanks to clean technologies, but in order to seize them we must relinquish our ideologically-based animosity toward technology in general. These biases of the past no longer serve the interests of either humanity or the rest of the natural world. Technology, like any tool, is simply a practical form of knowledge. A stunning new set of tools are now at hand, and we can make enormous changes for the good – socially, economically, and environmentally – if we choose to use them wisely.