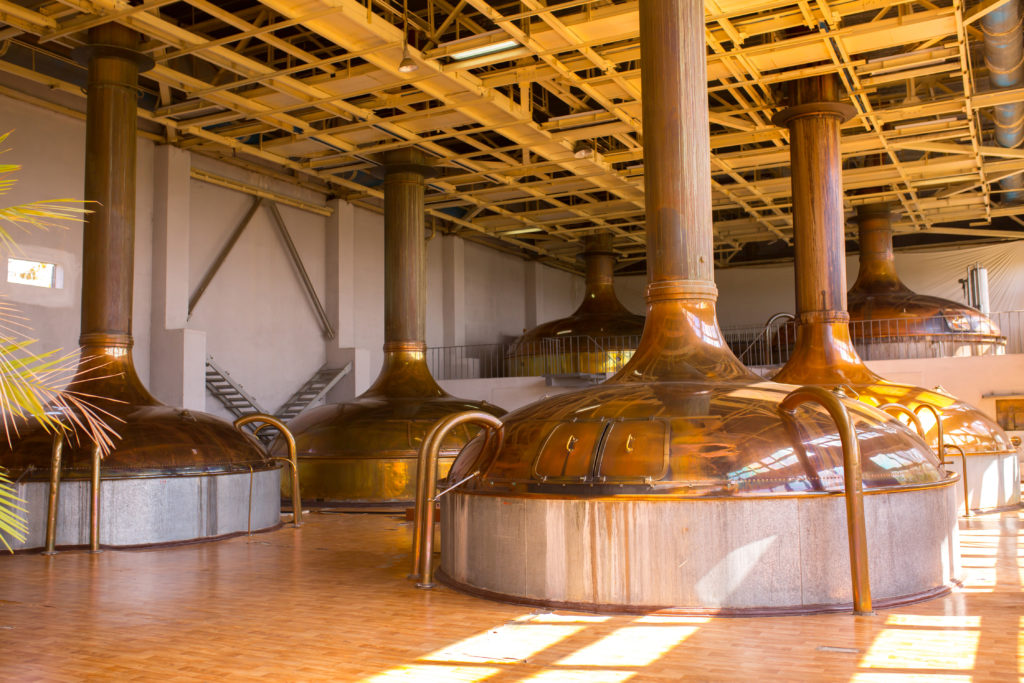 Since the release of our report Rethinking Food and Agriculture 2020-2030, some of you have asked us to clarify and spell out exactly what precision fermentation (PF) means – what it is, what it isn’t and how it works.

PF (or recombinant protein production, as it’s sometimes called) is a term we use to encompass two of the fundamental processes on which our report and its findings are based, namely fermentation and precision biology (we’ll explain another key concept – Food-as-Software – in an upcoming blog). When combined, these two processes allow us to produce customizable, complex organic molecules from simple micro-organisms, or microbes.

Let’s start with the age-old process of fermentation. This is simply the breakdown of an organic substance – usually sugar – by a microbe, resulting in the production of one or more substances. As the fermentation reaction takes place, certain molecules such as proteins, enzymes and fats are produced by the microbe, depending on its genetic makeup. In nature, the microbe undergoes fermentation for its own gain, but us humans can often make use of the substances it produces for our own benefit. Indeed we’ve used fermentation for thousands of years to make all manner of everyday foodstuffs such as bread, yogurt, vinegar, tofu and pickles, as well as beer and wine. In the last 100 years, we’ve extended the commercial use of fermentation to produce vitamins, medications, solvents, organic acids and industrial enzymes.

PF is, as the name suggests, simply the next step in the evolution of fermentation, made possible by pretty extraordinary advances in precision biology. Precision biology is the coming together of modern information technologies like artificial intelligence (AI), machine learning and the cloud, with modern biotechnologies like genetic engineering, synthetic biology, metabolic engineering, systems biology, bioinformatics and computational biology.

Through PF, scientists can program microbes to make specific, customized molecules to do whatever we want, including making food and other consumer products taste, feel and perform better. Scientists do this using precision biology to study and catalogue the proteins and other molecules in plants and animals, as well as the genetic information that codes for them. They then use this data – which is stored in massive, searchable databases – to copy, edit and paste relevant genetic sequences, and even brand-new sequences designed from scratch, into microbes. The microbes then act as highly efficient factories that consume specific inputs and spit out desired outputs (whether they are the exact same molecules that are found in plants and animals, modified or entirely new ones). The modern information technologies that underpin precision biology are crucial to the process as AI, automation and simulation allow research and development, scale-up and production to happen much more quickly on a much greater scale.

So, what kind of molecules are being made with PF? Initially, high costs meant PF was used primarily in the pharmaceuticals industry, but costs have fallen dramatically to the point where ingredients made with PF are starting to be used in food and other reasonably-priced consumer products. For now, specialty ingredients – those that have specific purposes within a product, such as improving sensory attributes like taste and smell, structural properties or medicinal value – are key. For example, PF is already being used to make human collagen for use in cosmetics to help with skin rejuvenation and will soon be used to make the protein casein in milk that allows it to froth or curdle into cheese. These types of ingredient increase the quality of the final product significantly while only making up a very small proportion of it.

As the cost of PF continues to fall over the 2020s, these ingredients will cost much less to produce than extracting the same or similar molecules from nature, or to synthesize them chemically. In fact, we expect many proteins made by PF to be cost competitive with comparable bulk proteins by 2025. As PF microbes can essentially produce any existing, extinct or completely novel complex organic molecule for use in products for all industries, this means the potential for new, affordable products is almost limitless.

Proteins are the most common molecules made using PF today as they bring many of the key characteristics like flavor, structure, texture and medicinal value to the products they are used in. But other types of molecules can be made as well, like fats, oils and chemical compounds, meaning products across many industries will benefit. For example, PF has been used to make a class of pharmaceuticals known as biologics that treat many common conditions including Multiple Sclerosis, inflammation, diabetes and cancer. Many enzymes used in industrial processing are produced using PF, as are ingredients for cosmetics, personal care products and textiles. In fact, the process has been used for decades to produce many different foods, supplements and medicines – we’re all consuming them, it’s just that most of us don’t realize it (we’ll let you know which in a blog shortly).

The fundamental disruption of the current industrial, agricultural food system as described in Rethinking Food and Agriculture 2020-2030 hinges on PF, but it’s clear that in the media, most of the buzz is about plant- and cell-based meats. There is overlap when considering these three technologies, but they are in fact distinct.

Cell-based meat (or lab-grown, invitro or cultured meat) is produced by taking a starter cell culture from an animal and growing these cells outside the animal, then forming the cells into the shape of the desired product, whether it’s a steak, patty or nugget. Plant-based foods are made from plant ingredients exclusively extracted or harvested from nature (and then sometimes shaped into a particular product). PF can dramatically improve both production methods by producing key ingredients to raise the quality and lower the cost of plant-based foods, and by producing cheap and abundant feedstock that helps in the growth promotion of cells for cell-based foods. Products made from all three methods will be part of the modern food system that is emerging, but the key technology underpinning them all will be PF.