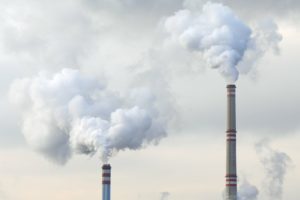 Global business groups are calling on governments to pursue an international strategy on carbon pricing at the COP26 UN climate summit. While well-intentioned, the reality is we don’t need carbon pricing to create a level-playing field in global markets. We just need to end trillions of dollars of subsidies to the coal, oil and gas industries: because these industries are already stranded.

Carbon polluters, like any polluters, should pay for the damages they impose on societies. But carbon pricing is not the most effective way to accelerate the clean energy disruption and get to net zero.

Carbon pricing takes mainly two forms. A carbon tax is imposed on the greenhouse gas (GHG) emissions generated by fossil fuel producers. Or a ‘cap and trade’ approach imposes limits on how much producers can emit which, if exceeded, incur payments that can be invested in carbon offset schemes.

The idea is that by introducing such taxes, markets will shift and companies will be incentivized to transition away from fossil production due to the higher costs. The IMF claims that a carbon tax is “the single most powerful” way to combat climate change.

But the IMF is wrong. A study in Environment Research Letters evaluating carbon pricing policies around the world since 1990 concludes that: “Overall, the evidence indicates that carbon pricing has a limited impact on emissions.”

That’s because it doesn’t address the root causes of the problem: the fact that the fossil fuel industries and their value chains are already technically bankrupt.

Our research at RethinkX shows that when using accurate data for the levelized cost of electricity (LCOE), solar, wind and batteries are already cheaper than conventional energy in most regions of the world, which is getting more expensive with time. This means that fossil fuel generation assets are already vastly over-valued and will never meet hoped for returns.

What keeps societies locked-in to burning coal, oil and gas are utility monopolies supported by $6 trillion dollars a year (or $11 million a minute) of government subsidies – without which these industries would collapse under their own economic dead-weight.

Trying to impose carbon pricing on fossil fuels while giving them trillion dollar handouts is like trying to put out a fire in a burning building by throwing out bits of burning wood while repeatedly dousing the whole structure with petrol. It doesn’t make any sense.

In this context, the most effective way to accelerate the phase-out of fossil fuels is by creating open, transparent and competitive electric energy markets. This doesn’t require carbon pricing, but rather removing trillion dollar government hand-outs to incumbent fossil fuel industries, and ensuring individuals, not just utilities, have rights to generate, store and trade electricity. For instance, the new electric Ford F150 has a battery with the technology to power the average American home for about three days. Is it really necessary for every F150 owner to ask the utility for permission to power their own home with their own truck?

In other words, we need free-market capitalism and individual freedom in electric energy markets.

Incumbents are now facing a vicious cycle of declining profits, mounting debt, escalating costs, plummeting performance, and overall diminishing returns. They are being outcompeted by a suite of disruptive technologies: solar, wind and batteries in the energy sector, and electric vehicles in the transportation sector.

At RethinkX, we accurately predicted that these technologies would experience exponentially increasing performance improvements and cost reductions, anticipating before anyone else the end of coal, the rapid rise of solar, and the coming dominance of electric vehicles (EVs).

Now based on the predictable cost curve trajectories of disruptions in history, we predict that these trends are going to continue over the next two decades. At such rates of improvement, within the next 10-15 years solar, wind and batteries, as well as electric vehicles, will be able to meet several times current levels of demand for 10x cheaper than today’s incumbents.

Our work shows that whenever disruptive technologies compete with a 10x cost differential, the resulting disruption is swift and brutal: it means that over the next two decades, conventional energy industries will become obsolete as they are replaced by a new clean energy system purely due to economic factors.

The danger is not that the clean energy disruption can be stopped. It can’t: it’s now inevitable. But it can be delayed to the point that we risk entering a world of dangerous climate change.

Government subsidies and utility monopolies are serving to keep technically bankrupt incumbent energy industries alive by providing them an unnecessary lifeline. Expensive and unproven ‘solutions’ like carbon capture and storage only promise to prolong this lifeline to delay the inevitable. This poses the biggest obstacle to clean energy deployment.

Without those subsidies and monopolies, left to the mercy of genuinely open and transparent electric energy markets, these doomed industries would crumble under their own economic dead-weight while allowing solar, wind and batteries to scale even more rapidly than they are today.

The fastest route, then, to end GHG emissions is to leverage the power of markets by removing the government lifeline to these dying industries, and ensuring individual energy trading rights. This would create a level-playing field that enables the clean energy disruption to scale to 100% in the fastest time-frame, allowing us to slash 90% of emissions in just 15 years: far beyond the speed thought possible based on the conventional thinking at COP26.

And what about those trillions of dollars that governments were previously spending on fossil fuels? Some of it can be invested prudently elsewhere in the more difficult areas where markets alone aren’t enough: such as the electrification of heating and industry.

With the right choices, societies can accelerate the clean energy transformation and slash GHG emissions far quicker than anyone thought possible. It’s time to move the conversation to the steps that can make the most difference.

13 thoughts on “The fastest route to net zero is not a carbon tax: it’s ending the $6 trillion/year fossil fuel bailout”